A total of 60 teams, 44 in the university division, launched rockets for the NASA-sponsored competition. Schools involved included the U.S. Air Force Academy, Ohio State University, Purdue University and the University of North Carolina at Charlotte, which won the overall competition. 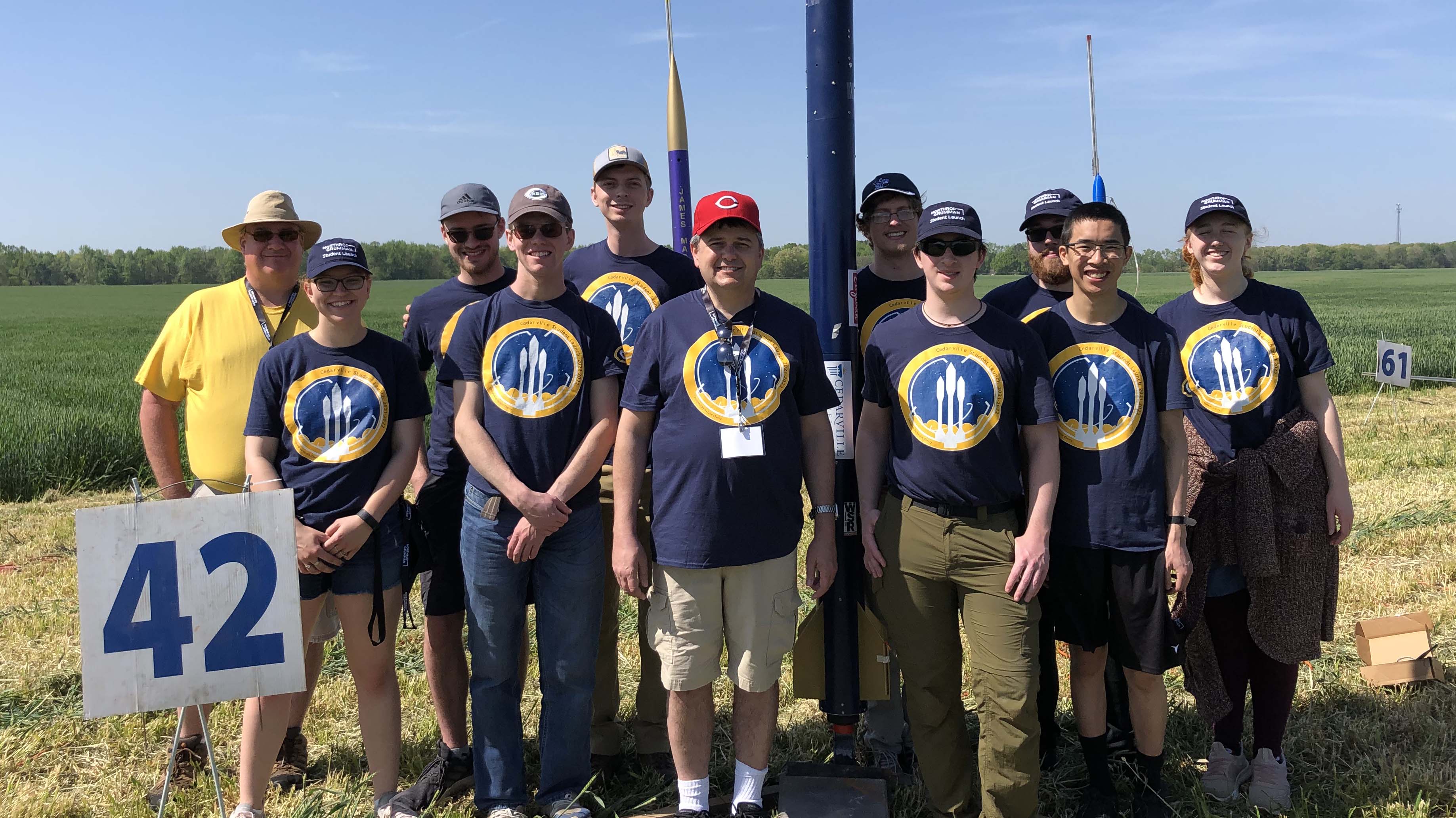 Annually, students create amateur rockets to launch, fly at an altitude of 4,000-6,000 feet and successfully land at the event. This year, teams were also tasked with creating a rocket capable of autonomously identifying and communicating its location back to the team without the use of a GPS. This was done to simulate landing an aircraft on a distant planet, like missions such as NASA’s Mars Curiosity Rover.

Video highlights from the NASA launch, below, includes the one of the practice launch tests from Cedarville before departing for the competition. The other video is from NASA and includes an interview with team leader Chad Sanderson. Interview begins at 1:43:07.

Two students were additionally recognized by Cedarville University's School of Engineering and Computer Science for their effort. Sanderson won the Daniel Award to recognize his consistent spiritual leadership throughout his senior year, which was exemplified by his sharing of the Gospel on TV during an interview with NASA at the competition. Titus won the Engineering Design Award for his work on the air brake system on the rocket.

The Student Rocket Team will return to NASA’s competition next year with a team of 11 students led by Dr. Ward and senior Anne Rourke from Highlands Ranch, Colorado. Inspired by the “Forerunners” success, the team looks forward to deepening their STEM engagement with local grade schools and expanding on their predecessors' accomplishments by winning more awards at next year's competition.

Located in southwest Ohio, Cedarville University is an accredited, Christ-centered, Baptist institution with an enrollment of 4,715 undergraduate, graduate, and online students in more than 150 areas of study. Founded in 1887, Cedarville is one of the largest private universities in Ohio, recognized nationally for its authentic Christian community, rigorous academic programs, including the Bachelor of Science in Mechanical Engineering, strong graduation and retention rates, accredited professional and health science offerings, and high student engagement ranking. For more information about the University, visit cedarville.edu.