It was his eighth grade earth science class that sparked John Whitmore’s love of science and fossils. He decided at a young age that he wanted to be a paleontologist. 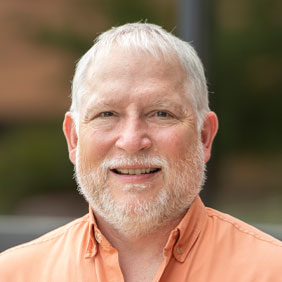 During his freshman year at Kent State University, John’s worlds of science and Scripture began to collide. As a scientist and a believer, he tried to weave together evolutionary theory and Scripture and make sense of what he had been taught about the age of the earth. He felt the conviction of the Holy Spirit and began his journey to discover how geology and fossils went together with God’s Word.

As he continued through his undergrad career, Whitmore interacted with scholarly works such as Darwin’s On the Origin of Species. But as he continued to learn about geology and the geological record, he realized Scripture’s account of the flood was the only story that could make sense of the marine layers in rocks across the United States. During his senior year, John told his professor he had firmly decided he was a young earth creationist, and he was told he could not return to Kent State University to pursue his master’s degree.

John has remained faithful to his beliefs about the biblical Creation account, and he has continued to pursue scientific discovery. In the 1990s, John and his friend Buddy Davis were collecting dinosaur bones for further study. In 1994, John and Buddy were digging for fossils in northern Alaska. During this trip, Whitmore uncovered the jaw of a new species of dinosaur.

Another contribution John has made to scientific literature is his research on the sandstone at Grand Canyon. He has continued to find considerable support for the flood and young earth creation.

John has made several contributions to scientific literature, and his most recent endeavor is a documentary titled Is Genesis History? John is passionate about science and how it correlates with Scripture and truth.

Listen here as John shares his story on the Cedarville Stories Podcast.