Steve Forbes Addresses "What Is Conservatism?" at Cedarville Lecture

Times are changing within the political landscape, and many are beginning to ask, “What is conservatism?” Long believed to be a set political thought, the label “conservatism” could be changing. In order to answer this question, Cedarville University is hosting the lecture series: What Is Conservatism? A Lecture Series Exploring Conservatism in America.  These lectures are free of charge and open to the public. 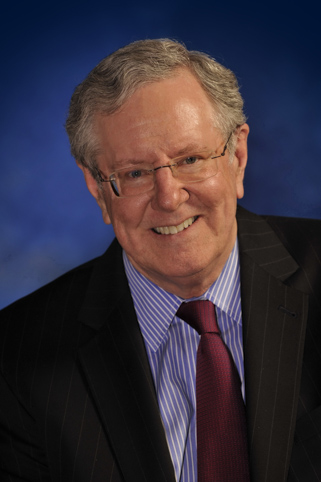 This lecture series is designed to bring speakers to Cedarville University with differing ideas of what they think conservatism should mean. Matthew Continetti was the initial speaker in the lecture series on November 3, and Steve Forbes comes to the Greene County campus Thursday, Nov. 17, to discuss issues such as modern conservatism, economics, and the historical effects of conservatism.  Forbes' lecture begins at 7 pm in the DeVries Theatre inside the Stevens Student Center.

“It’s important for students to pull apart ideas and think through the ramifications of what’s being said in the political realm,” said Dr. Mark Caleb Smith, director of the Center for Political Studies at Cedarville University. “Conservatism is a live topic in the political world right now.”

Forbes is editor-in-chief of Forbes magazine and was a Republican candidate for the U.S. Presidency in 1996 and 2000. He will discuss the economic side of the conservatism question, discussing free enterprise and how it plays a role in American politics.

Forbes’ expertise in both politics and economics strongly qualifies him to discuss this issue. He understands the political arena and how times have changed since the Regan era.

“Parties are changing. Ideologies are changing,” said Smith. “I want students to understand these ideas matter, and they affect how we view the constitution, the economy and foreign policy. Depending on which ideas win, it could have a tremendous effect on the next 20-40 years of American politics.”

Located in southwest Ohio, Cedarville University is an accredited, Christ-centered, Baptist institution with an enrollment of 5,082 undergraduate, graduate, and dual-enrolled high school students in more than 175 areas of study. Founded in 1887, Cedarville is one of the largest private universities in Ohio, recognized nationally for its authentic Christian community, rigorous academic programs, high graduation and retention rates, accredited professional and health science offerings, and the #4 national ranking by the Wall Street Journal for student engagement. For more information about the University, visit cedarville.edu.