“The Good Shepherd Is My Healer”

Life is like a vapor, here today and gone tomorrow. Bethany Norris, a senior Christian education major at Cedarville University from Keedysville, Maryland, learned that truth firsthand as her health took a turn for the worse on Oct. 6, 2021. 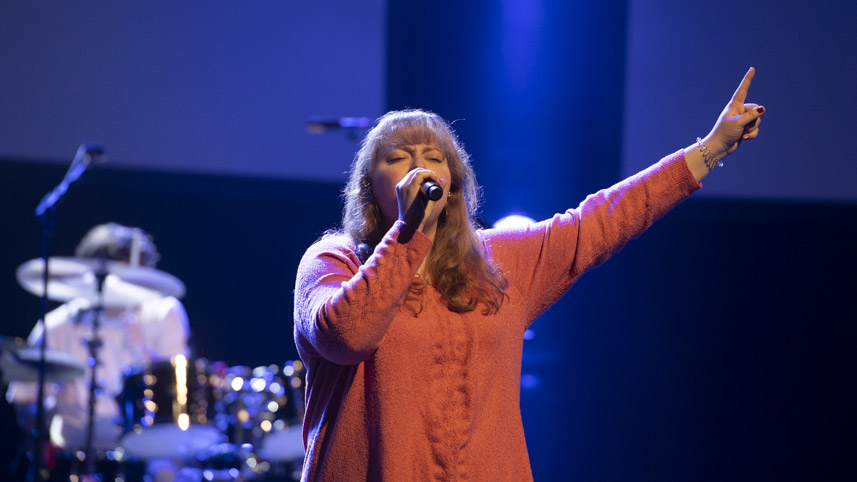 Norris began having trouble eating, drinking and speaking. She experienced excruciating pain and severe inflammation that started in her throat and spread through the rest of her body until she could barely walk.

Making the situation worse, emergency room doctors had no idea what was wrong. What she had hoped would be a quick fix turned into a five-week break from school.

Norris loves pouring into the women in her residence hall and discipleship group, but that was nearly impossible during her health crisis that forced her to leave school.

“I felt like I was disappointing people in being away from school,” Norris said, “and I felt very disappointed in God because I felt like he didn’t hear me.”

While in the hospital, Norris had numerous MRI scans and was tested for many diseases, with no diagnosis. She was told she had heart failure from a virus, as it was attacking the lining of her heart. Though the doctors didn’t have a firm grasp on her illness, they sent her home on extreme steroids to reduce the inflammation.

One night, Norris, at home alone, cried out to the Lord. Psalm 23 kept running through her head, which describes God as being a shepherd to his people, providing for them, leading them and giving them rest.

“None of that is true for me right now, God. Where is the green pasture that you said you’d lead me to?”

In that very moment, the Lord gave her the answer she needed. Norris said, “I knew the Lord spoke to my heart and said, ‘Bethany, I am that green pasture.’”

“It totally changed my understanding of suffering. I didn’t need to wait for things to get better to find rest, to find peace, even to find joy, because all those things are found in Jesus. He is the green pasture that I longed for — that all of us long for. And he can be found in the midst of suffering.”

After many rounds of inconclusive tests, Norris returned to Cedarville in November. In January, a heart MRI showed Norris’ heart was completely healthy, with no sign of failure.

When Norris was asked why she was there, since she was perfectly healthy, she knew in her heart that the Lord had healed her.

God showed up for her in miraculous ways, healing her heart in more ways than one.

“God cannot lie,” Norris concluded. “When he says he is the good shepherd, he is. You can trust that he is with you. He will provide. Though it may not look how you expect, it will be just what you need.”

Located in southwest Ohio, Cedarville University is an accredited, Christ-centered, Baptist institution with an enrollment of 5,082 undergraduate, graduate, and dual enrolled high school students in more than 175 areas of study. Founded in 1887, Cedarville is one of the largest private universities in Ohio, recognized nationally for its authentic Christian community, rigorous academic programs, including its Bachelor of Arts in Biblical Studies (Teaching Ministry), high graduation and retention rates, accredited professional and health science offerings, and the #4 national ranking by the Wall Street Journal for student engagement. For more information about the University, visit cedarville.edu.