Taking “transformed” to heart, a high school student who attended Cedarville University’s Transformed Tour at Grace Baptist Church in Cedarville, Ohio, on March 25 has given his life to Christ, demonstrating the power of the Gospel to change lives.

Cedarville University completed its 26-day, 10,000-mile Transformed Tour in early June. But it was a pre-tour event in Cedarville that was the beginning of a successful tour from coast-to-coast, celebrating the transformational power of the gospel. 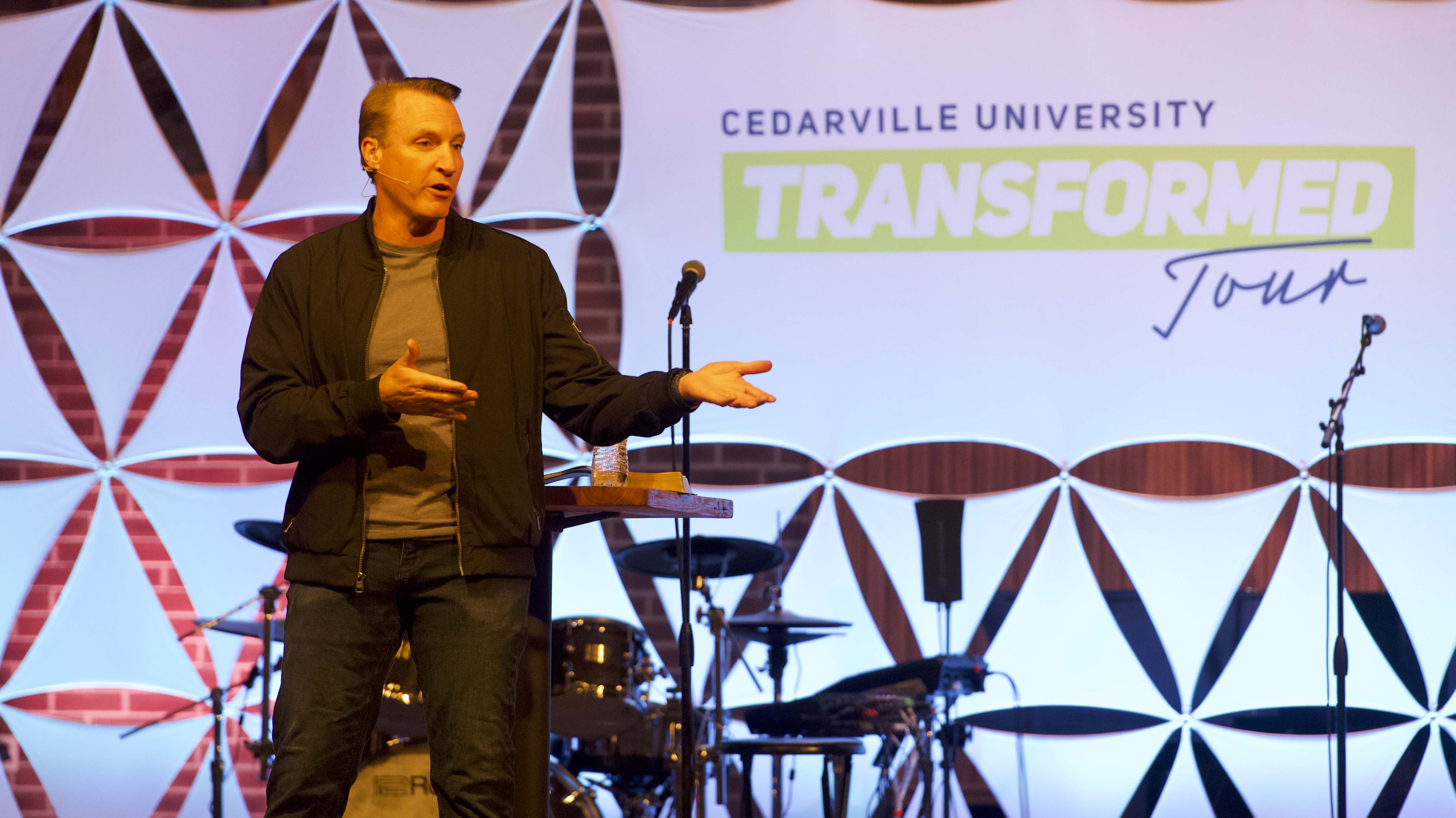 A high school senior attended the final tour preparation event at Grace Baptist Church with a heavy heart, unsure in his faith.

As a former foster child, he was carrying heavy burdens from an abusive childhood. Many of these thoughts led to him previously telling his parents that “he could not put his trust in God.”

“We prayed that he would put his trust in God and the saving power of our Lord and Savior, Jesus Christ,” his mom said. “We knew we could not do this on our own.”

The Lord used the Transformed Tour as the catalyst for a dramatic change of heart.

“The Transformed Tour event that happened in Cedarville was a powerful night of worship that was evident when we heard how the Holy Spirit moved in the heart of a high schooler's life.”

“As we drove away from the church, our son spoke up from the back seat and said that the message had touched him, and he wished he could have spoken with Dr. [Thomas] White after the service,” said the high schooler’s mom. “My husband quickly turned the car around and we returned to the church.”

The student asked to speak privately with Dr. White. Not even his parents knew what to expect. After several minutes, he returned proclaiming Jesus Christ as his Lord and Savior.

“We were overjoyed and praised God for this amazing transformation,” said his mom.

The Lord has transformed this high school student, and now he desires to grow in his new-found faith in Jesus, while attending Cedarville University in the fall.

“The Transformed Tour event that happened in Cedarville was a powerful night of worship that was evident when we heard how the Holy Spirit moved in the heart of a high schooler's life,” said Rahul Jacob, director of advancement experience and Transformed Tour coordinator. “When the Transformed Tour team heard of this miraculous story, it was confirmation our team needed that this tour will have an eternal impact across the country.”