Daniel Kinniburgh’s faith journey began early and carried him from a small town in the west to Cedarville, Ohio, to Vietnam and back. Dan was in grade school when a missionary from Pennsylvania started pastoring a church in the small Montana town where Dan was from. Dan and his family began attending Pastor Warner’s church, and they came to know the Lord. Pastor Warner’s children went to Cedarville College at the time, and Dan later followed their example. 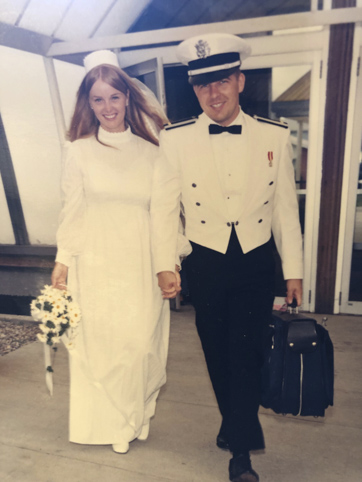 During his time as a student, Dan met his wife, Carol, and the two were married shortly after graduating in 1969.

Soon after marrying Carol, Dan enlisted in the United States Air Force and served his country in the Vietnam War. Dan flew over 165 combat mission, and he received two distinguished flying crosses for his excellent service in Vietnam. Through the uncertainties of war, Daniel maintained his calm demeanor because he knew the One who is in control. Even as he flew in the infamous Battle of Hanoi, Dan remained firm in his faith, and he was confident the Lord had a plan for his life.

Dan and Carol felt their education from Cedarville equipped them to serve well in their local church, and they are pleased to be the start of a three-generation legacy at Cedarville, with children and grandchildren graduating from and attending the University. Dan’s service in the United States Air Force and to his Lord are a testament to his character and faith.

Listen here as Dan shares his story on the Cedarville Stories Podcast.