I grew up in Vestal, New York, and lived there my whole life until attending Cedarville as a student from 1994-1998. My older sister graduated from Cedarville in 1991, and I knew after visiting her that it was the college for me. I met my husband, Tom, in 1996 when we both were chosen to be part of an MIS team to Australia. We were married in 1999 and moved to Ohio. We moved around the state a few times until two years ago when we finally decided to settle down in the 'Ville. We have one daughter, Hallie, who was adopted from Guatemala in 2008. 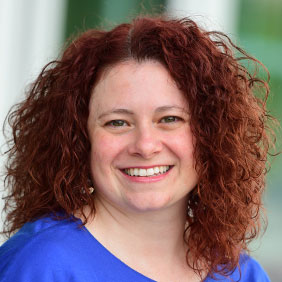