Bruce attended Cedarville College from 1988 to 1991 before being hired by the Greene County Sheriff’s Department as a deputy sheriff. After graduating from the Ohio Peace Officer’s Training Academy in 1991, he served as a deputy sheriff for the Greene County Sheriff’s Office, where he worked as a patrol deputy, K9 handler, SWAT officer, sniper, SWAT team leader, and a Patrol Sergeant. In 2007, Bruce served as a police officer, firefighter, and EMT for the Oakwood Public Safety Department, retiring in October 2018. After being retired for six months, he accepted an offer to be the Captain for the Cedarville Police Department, where he served for two years before coming to Cedarville University. Bruce currently holds a police commission through the Jamestown Police Department. Bruce has been married to his wife since 1991 and have six children, two of which were adopted from Ethiopia. He enjoys spending time with his family, reading, and working out in the Fitness Center. 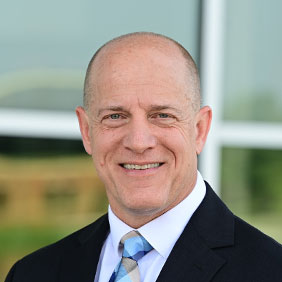