Josh began working as a Licensed Professional Counselor at Cedarville University in 2014. Prior to moving to Cedarville, Josh and his family lived in Aurora, Colorado, where he worked with teenagers at a residential home on trauma based therapy. Josh is a native of Ohio, having grown up in West Chester, Ohio. He then attended Kentucky Christian University where he played soccer, met his wife (Tara), and obtained his bachelor's degree. After graduating KCU, Josh worked for the Department of Juvenile Justice in Kentucky. It was during this time that he began to recognize his desire to counsel. Josh and his family moved to Colorado and he pursued his graduate degree from Colorado Christian University. In 2014, Josh was given the opportunity to move back to Ohio and continue counseling at Cedarville University. 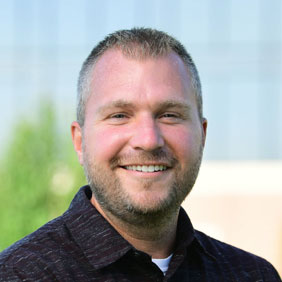