Mark D. Weinstein has worked in higher education since 1988, including the past 10 as executive director of public relations at Cedarville University. Prior to Cedarville, Weinstein worked in public relations and marketing for Maryville University in St. Louis, Robert Morris University (Pittsburgh, PA), Geneva College (Beaver Falls, PA), and Mount Vernon Nazarene University (Ohio). He also served as Dean of enrollment and marketing for his alma mater, Grace College (Winona Lake, IN).

Before Weinstein began working in higher education, he was a sports editor for a regional newspaper in northern Indiana. Throughout his career in higher education, Weinstein used his media skills to help create stronger brand awareness for each university where he worked. He’s also been a leader in crisis and internal communication.

In 2016, Weinstein was the recipient of two PRism Awards from the Public Relations Society of America (Dayton Chapter) for the Ben Carson Presidential Campaign Media Event at Cedarville University, and for the development of The Buzz internal newsletter. Three years later, the development of the Cedarville campus newsroom garnered a PRism and Best in Show awards from PRSA.

Weinstein, who has attended a professional baseball game in every Major League stadium, earned a master’s degree in organizational leadership from Geneva College.. 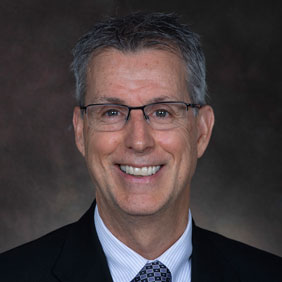