About the B.A. in Broadcasting, Digital Media, and Journalism Degree

Cedarville’s distinctly Christian broadcasting, digital media, and journalism major will prepare you for a career in a wide range of media — radio, television, film, non-broadcast audio/video production, multiplatform journalism, as well as online and computer-based media. You will graduate with a healthy mix of theory and hands-on experience, and you’ll be prepared to enter the diverse and ever-changing field of media. However, more than just training for a job, you will learn to use your skills and talents to influence the culture for Christ in whatever form of media you choose.

Why Study Broadcasting, Digital Media, and Journalism at Cedarville?

Broad — You will receive a broad perspective to prepare you to work in a rapidly changing media environment. Because of the paraprofessional nature of this program and the balance of practical and theoretical aspects of media work, Cedarville graduates have excelled in careers across all media forms.

Customizable — You can choose from three concentration areas to customize your degree to your career interests. Choose from:

What Can I Do With a B.A. in Broadcasting, Digital Media and Journalism Degree?

There is so much you can do with a broadcasting, digital media, and journalism degree from Cedarville! You will find Cedarville graduates working in careers such as:

See what some of our alumni are doing.

Internships give students real-world work experience within their chosen field. Our students have completed internships with:

Hands-on campus experiences will give you a chance to work on your craft while complementing your coursework: 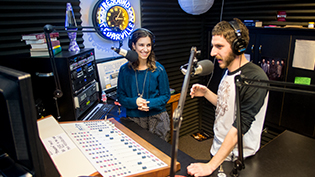 Get to Know Resound Radio

Hear the music and meet some of the students behind Cedarville’s student-led radio station. 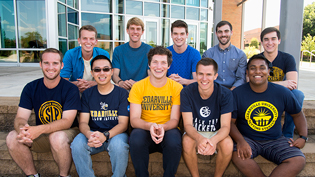 Find out more about opportunities available to you and see what some of our students have created. 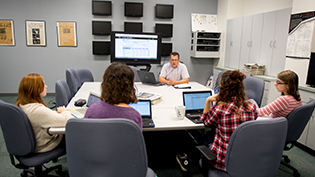 Get to Know Cedars

Get to know Cedars, Cedarville's student-led newspaper. Read the stories and get to know the students behind our award-winning publication. 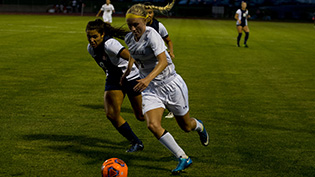 A unique partnership between Cedarville Athletics and the Department of Communication allows broadcasting and digital media students to be part of the Sports Production Team, which produces high-quality broadcasts of Cedarville athletic events.

We’re proud of our successful graduates! 100% of recent graduates from the Department of Communication were employed or in graduate school within six months of graduation. 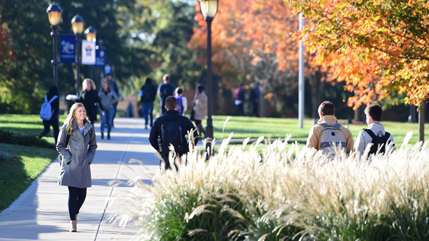 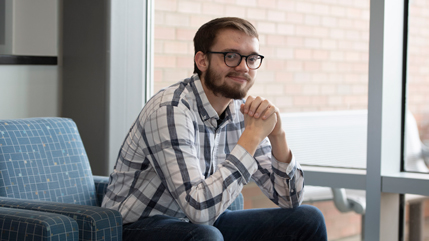 From Seeking an End to a New Beginning

Friend on his hall and his resident assistant were crucial in helping Noah Flack rediscover his faith.
Read Article » 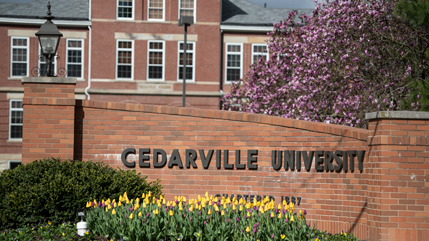 Cedarville University’s Board of Trustees approved curriculum for a physician assistant (PA) program, approved a new dean for the school of education, and affirmed eight other new faculty members at its annual May meeting.
Read Article » 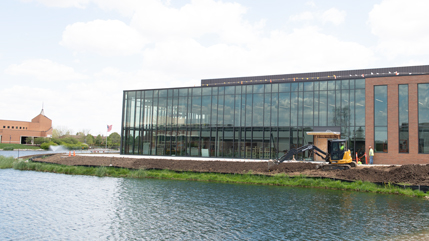 Graduate and undergraduate students will be welcomed back to campus as scheduled on August 14-16, 2020.
Read Article » 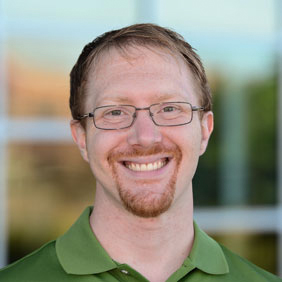 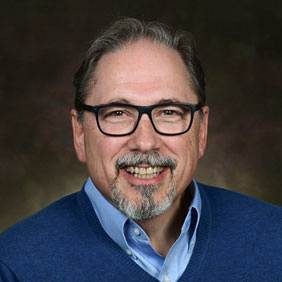 Building on your general education liberal arts and Bible minor courses, you will take a core set of major-specific courses that will introduce you to the broad range of media outlets. This core is then complemented by a concentration of classes that focus specifically on your interests.