Mr. Gilbert, a 22-year newspaper veteran, focuses on developing multiskilled journalists in traditional and digital newsgathering and news presentation. As the adviser for the student newspaper and website Cedars, he teaches editors to lead and tell stories that are relevant to students. The staff won the Ohio Newspaper Association General Excellence Award as the state’s best college paper in its division for 2012, 2013, and 2014 and placed second in a national competition. The staff has also earned numerous other regional and national awards for writing, photography, and multimedia. He has been a presenter at the College Media Association annual spring convention. His freelance work includes sports and business reporting for local newspapers and other topics for various publications. 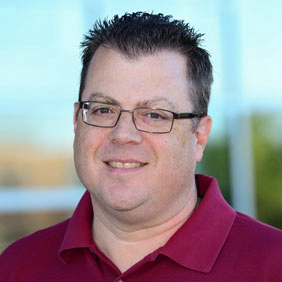