A graduate of Cedarville University in 1968, he joined the faculty in the fall of 1969 as a Reference Librarian, became the Public Services Librarian in 1973, and was appointed as the Director of Library Services in 1975. He was promoted to Dean of Library Services in 2006. Beginning in 1981, he was integrally involved in the planning and design of the current Centennial Library and directed the move to this new facility in April, 1987. While serving as Director, he was involved in other leadership roles on campus. He was the Director of Planning for the University from 1988 to 1996, was chair of the Inauguration Committee for the installation of Dr. Brown as President in 2003, has served on a number of strategic planning and facility planning task teams, and was tasked in 2006 to develop the building program for the new Biblical Studies Center. Since 1996, he has also served as the University Archivist. In 2018, he stepped down as Dean of Library Services. 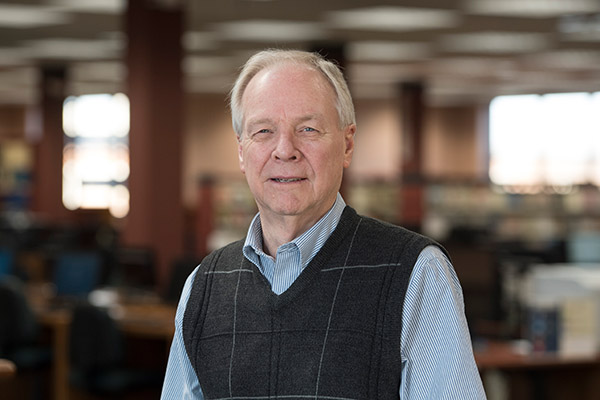