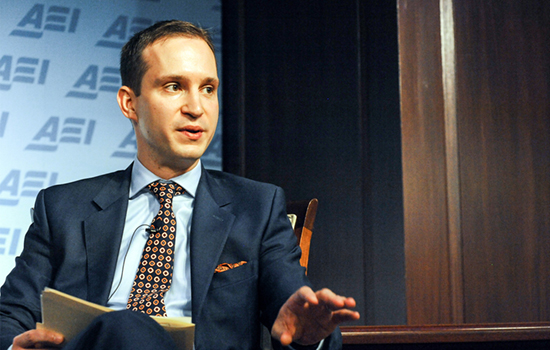 Monday, April 3, 2017
With the recent election of President Donald Trump and success of the Brexit campaign in the United Kingdom, populism has become a driving force in Western politics. On April 5, Cedarville University’s American Enterprise Institute (AEI) executive council will welcome Dalibor Rohac to speak with students about this issue.

Rohac, a research fellow at AEI, specializes in foreign policy studies, with a focus on European political and economic trends, Central and Eastern Europe, the Eurozone, the European Union (EU) and relations between the U.S. and the EU. He will speak with students about his recent article titled “Populism in Europe and its Russian Love Affair.”

The event will be a discussion between Rohac and a select group of students, each chosen for their interest in international relations. This more informal structure will give students the chance to ask questions and interact with Rohac, explained Abigail Barnes, junior prelaw major and chair of the executive council.

“Events like this give students the opportunity to learn and to find new ideas,” said Barnes. “And we think it’s really valuable to give students the chance to make a connection to a think tank and to a policy-minded individual.”

This is the fifth event that the AEI executive council has coordinated since its establishment fall of 2016. So far the group has hosted a terrorism forum, a documentary screening, an immigration panel and a time of discussion with AEI scholar Michael Hendrix. They expect to host more events in the coming semesters and continue providing students with opportunities for discussion and networking.