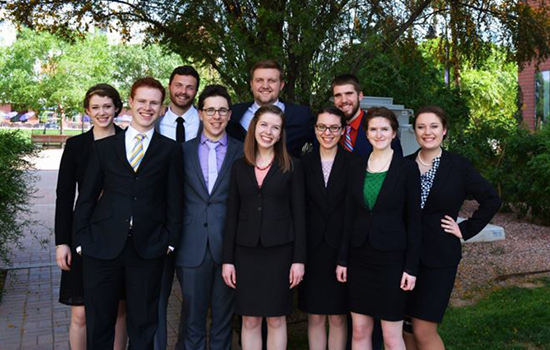 “I firmly believe God blessed the team with competitive success at the national tournament because he was pleased with the team's faithful stewardship of the gifts he has given us,” said team captain Rebecca Adams, a senior business management major from Wadsworth, Ohio. “But by far the greatest success we had, and one that is a reflection of the hearts of the members on the team, was praying and encouraging one another and praying for past team members who were experiencing trials at that time.  I'm so grateful I've been part of the speech family during my time at Cedarville.”

“I am very proud of my team because they put their effort into being the best they could be and honored God with their skills and abilities,” said Derrick Green, assistant professor of communications and forensics team coach. “Regardless of the final standings, they are winners in my book.”