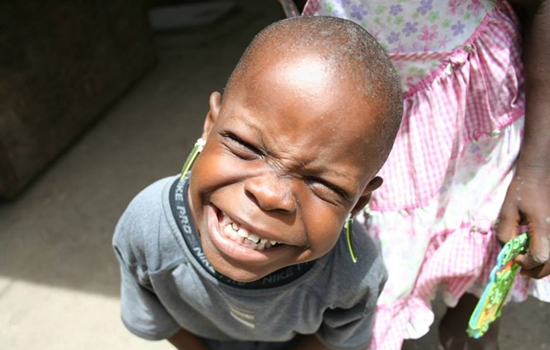 Friday, February 24, 2017
Thirty three Cedarville University students are focused on one goal — to raise $15,000 for the “Jeremie Project” that will help bring a Haitian orphan to the United States so he can receive an education.

The Haitian orphan, abandoned on the streets as a baby, now lives in an orphanage. The 5-year-old, Jeremie, is unable to receive a quality education due to hearing deficits, which could be overcome by coming to the U.S.

Jaden Cleland, a student in Cedarville’s Master of Business Administration (MBA) program, learned about Jeremie from his sister, who visited the orphanage through mission trips with their church. After hearing about the lack of a deaf community to support and educate Jeremie, Cleland was moved to help.

To expedite Jeremie’s trip to the United States, the group has focused on seeking funds from businesses and churches, instead of the typical T-shirts or coordinating a 5K. To date they have raised $800, and the hope is for Jeremie to come to the U.S. by fall 2017 so he can begin his schooling.

Adoption would be too expensive and complicated due to difficulties with the Haitian government, explained Cleland. The money raised through the “Jeremie Project” will pay for flights to and from Haiti, hearing aids for Jeremie, his first year at a private deaf institution and any unforeseen medical expenses.

“We’re just trying to be transparent, telling people what we’re doing and exactly where they money is going, and hoping they latch on to the project,” Cleland said.

Anyone interested in learning more or donating to the “Jeremie Project” can contact Jaden Cleland at jadencleland@cedarville.edu.