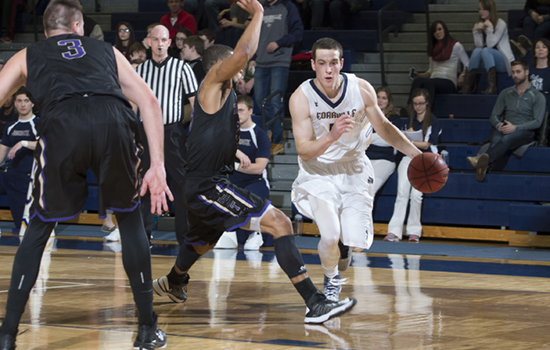 Tuesday, January 3, 2017
Cedarville University’s Schools of Nursing and Pharmacy are partnering with the university’s athletic department to help the community get moving during the new year with the second annual “Couch to 5K” campaign. The campaign includes a wellness fair from 4:30-7 p.m. in the Stranahan Gymnasium during the women’s and men’s home basketball games on Jan. 5.

The wellness fair is part of a communitywide health and wellness initiative to encourage physical activity and participation in the Linda Ferguson Memorial 5K on campus May 13. Ferguson was a Cedarville local and alumna of the university who lost her battle with cancer in 2011. Her family created the Memorial 5K to provide nursing scholarships to students studying to be oncology nurses to carry God’s light to a world of hurting cancer patients.


.Not only are we hoping to promote healthy living, but we’re also trying to generate some enthusiasm and excitement in the community around our basketball teams.”

“At the beginning of each year, people have the tendency to reevaluate their health and nutrition,” said Stephanie Zonars, assistant athletic director for marketing and sponsorships at Cedarville. “So, we thought having a wellness fair would be a great opportunity to assist our faculty, staff, students and community in that area, in addition to encouraging them to sign up for the race.”

The fair will be presented by Up and Running, a retail store that offers fitness gear. Other vendors at the fair include AdvoCare, Xenia YMCA, Legacy Village assisted living community, Home Care by Blackstone, Keener Farm and Tropical Smoothie Café. Some vendors will be raffling off prizes including a Fitbit, an Under Armor fitness band and a six-month free membership to the Xenia YMCA. A booth will also be available for those who are interested in early registration for the 5K.

The school of pharmacy will also offer free health screenings and the school of nursing will donate pedometers to the first 150 guests. “Not only are we hoping to promote healthy living, but we’re also trying to generate some enthusiasm and excitement in the community around our basketball teams,” said Zonars.