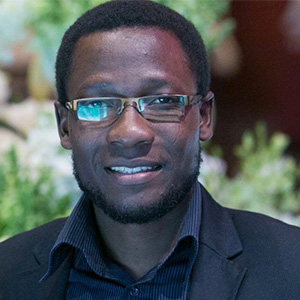 The Cedarville University social work honors organization, Phi Alpha, will present “Exposed: Voices Against Child Sacrifice” on February 8 at 7 p.m. in the student center event rooms. The program is open to the public and free of charge.

Ugandan pastor and advocate Peter Sewakiryanga will speak about the atrocities happening in his home country. Sewakiryanga is the founder and executive director of the Kyampisi Childcare Ministries, a Ugandan charity with the goal to end child sacrifice and trafficking in Uganda.

“This is a great opportunity that has been given to me to further expose this unspeakable injustice that has claimed many children’s lives in Uganda,” said Sewakiryanga. “It’s also an opportunity to share what God has been able to do in our efforts to fight this abhorrent practice.”

Lindsey Silver, senior social work major from Elgin, Illinois, was inspired to create this event after a missions trip her family took to Uganda this past summer. During this trip, her family directed a children’s program at Sewakiryanga’s church. After hearing about Sewakiryanga’s story and ministry, Silver knew she had to bring this message back to Ohio.

“While Christian social workers have ample opportunity to promote policies and practice recommendations that promote the family and sanctity of human life, they also influence policy that addresses the restraint of evil, such as child sacrifice.”

“This event is incredibly important because people need to know that child sacrifice is still occurring,” said Silver. “This is not a small matter and should definitely not be ignored. Students like the ones at Cedarville can change the world, and I know that there are many who could make an incredible impact in the fight to end child sacrifice. I want students, staff and other people in the area to attend this event because their voice matters, and these people can be the ones to actually make a change.”

“Phi Alpha believes this is an important issue because vulnerable children are at high risk of becoming victim to this ritual practice,” said Melissa Brown, assistant professor of social work. “While Christian social workers have ample opportunity to promote policies and practice recommendations that promote the family and sanctity of human life, they also influence policy that addresses the restraint of evil, such as child sacrifice.”