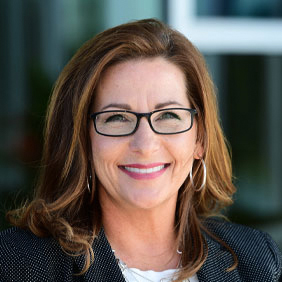 Cedarville’s theatre program will present an adaptation of the beloved children’s book “Anne of Green Gables” for this year’s fall play.

The show runs September 30 through October 2 and October 7-10 in Cedarville’s DeVries Theatre. Tickets can be purchased from cedarville.edu/ticketinfo. Show times vary based on date. The play is open to the public.

“Anne of Green Gables” is a light-hearted story with powerful themes. The tale of a rural Canadian community, it traces protagonist Anne Shirley’s escapades after her orphanage accidentally sends her, instead of a boy, to a Prince Edward Island farm. Optimistic, romantic, full of whimsy and sacrifice, the drama is a natural choice for Cedarville.

“The ultimate theme in this adaptation is the power of forgiveness, and it doesn’t get more gospel-centered than that."

After deciding on “Anne of Green Gables,” Cedarville’s theatre department chose Peter DeLaurier’s 2009 adaptation for its cast size, and more importantly, for its full representation of Lucy Maud Montgomery’s story.

“The ultimate theme in this adaptation is the power of forgiveness, and it doesn’t get more gospel-centered than that,” noted assistant professor of theatre Stacey Stratton, who will direct the play.

This is the heart of what makes Cedarville’s theatre program distinctly different.

“Our culture is entertainment-driven, and the best way to reach our culture is to be a light in the art industry,” Stratton continued.

The “Anne of Green Gables” production provides opportunities for students from all majors to participate by performing, building sets, running lights, working backstage, staffing the box office, and much more.

Theatre professor Jonathan Sabo will be the scenic and lighting designer. In charge of costume and makeup design is assistant professor of theatre Rebekah Priebe.

Located in southwest Ohio, Cedarville University is an accredited, Christ-centered, Baptist institution with an enrollment of 4,715 undergraduate, graduate, and online students in more than 150 areas of study. Founded in 1887, Cedarville is one of the largest private universities in Ohio, recognized nationally for its authentic Christian community, rigorous academic programs, including its Bachelor of Arts in Theatre program, strong graduation and retention rates, accredited professional and health science offerings, and high student engagement ranking. For more information about the University, visit cedarville.edu.