From Capitol Hill to the Alaskan Coast 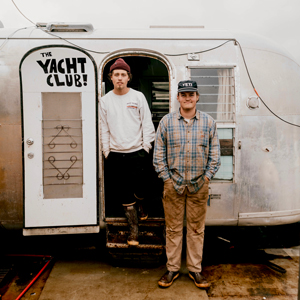 While the majority of the world spent this past summer close to home because of the coronavirus pandemic, Mitch Haag, a junior history major from Grand Rapids, Michigan, worked on fishing boats in rural Alaska.

Haag spent the fall 2019 semester in Washington, D.C., working with members of Congress and other public officials on Capitol Hill. However, when Haag heard of a friend’s experiences in the Arctic, he set his eyes on a new goal: going from senators to sailors.

“The first year I called the captain, he said they were full, but when I called again going into this past summer, he told me there was a spot for me and my best friend,” Haag shared.

“I’ve seen easy days and hard days, in Congress and in Alaska, but I’ve come out with a strong resolve."

When universities closed last March, Haag moved up his start date, arriving in Alaska on April 17.

Right away, he began working on different boats on Bristol Bay, located on Alaska’s peninsula, which stretches southwest along the Pacific coast of British Columbia, Canada.

“We worked on a couple of boats. One was a fish shipping container, and there was also a tug boat with a huge crane that would move barges and other boats into the bay,” Haag said.

Of all the boats Haag worked on this summer, none compared to the barge that he and a crewmate spent 30 straight days on.

“The month on the barge was the craziest,” Haag shared. “It’s kind of like a floating supply stop, so people would come grab nets and exchange supplies, but that’s about it. The whole thing is a 30-foot by 100-foot platform anchored to the bay, and we lived in a little 1964 airstream camper on it. We didn’t have great food — I was filtering coffee through an old T-shirt — or even a way to clean ourselves, but it added to the adventure.”

Haag’s working conditions were intense — roughly 12-hour shifts, with only two days off in the first two months.

The men were also mostly off the grid, which sheltered Haag from much of the world’s focus on the COVID-19 pandemic.

“When I left for Alaska, I could see what was on the horizon with the virus, but it was so cool to have zero connection,” Haag noted. “Coming back in August was absolutely wild because I had no clue what really happened. I sat down after I got home to read the news, and all I could think was, ‘The world kind of burnt down this summer, and I just wasn’t here for it.’”

When Haag reflects on his summer filled with fishing boats and unfamiliar environments, he calls to mind the many life lessons he learned during his time on the Alaskan coasts.

“My ultimate goal for this summer was to throw myself into a completely alien environment and be able to become more independent in that,” Haag shared. “I learned some of the mechanical skills, like radar, sonar and hydraulics, but I also learned how to take on a new place — you can’t conform to the environments around you, but you can take them and learn from them every time.”

He hopes to take on this new goal with the same vigor he took to D.C. and the Arctic.

“These experiences make me learn more confidently who I am,” Haag noted. “I’ve seen easy days and hard days, in Congress and in Alaska, but I’ve come out with a strong resolve. I want more adventure, and I hope that when people hear about my experiences, they’ll be inspired to take risks and reach beyond what they think are boundaries.”

Located in southwest Ohio, Cedarville University is an accredited, Christ-centered, Baptist institution with an enrollment of 4,550 undergraduate, graduate, and online students in more than 150 areas of study. Founded in 1887, Cedarville is one of the largest private universities in Ohio, recognized nationally for its authentic Christian community, rigorous academic programs,  including the Bachelor of Arts in History program, strong graduation, and retention rates, accredited professional and health science offerings, and high student engagement ranking. For more information about the University, visit www.cedarville.edu.