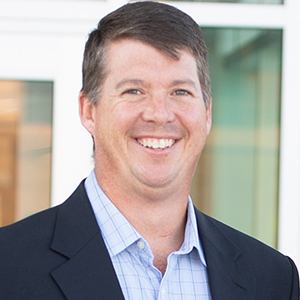 The team room is part of a larger planned $8 million expansion of athletic and academic facilities at the Callan Athletic Center.

The new team space, which will be branded with Yellow Jackets colors and visuals, will also be used for recruiting future student-athletes.

The Callan expansion is one piece of One Thousand Days Transformed: The Campaign for Cedarville, a $125 million comprehensive campaign announced October 1 during homecoming weekend.

“Proverbs 16:9 says, ‘The mind of man plans his way, but the Lord directs his steps.' Our teams will use this area to plan our ways, but we will always rely on the Lord to direct our steps."

This campaign will add new facilities, make Cedarville more accessible for students, enhance and grow the student experience, and provide for the school’s long-term future.

“The Callan athletic and academic expansion is a tremendous addition to our athletic facilities,” noted Cedarville interim athletic director Christopher Cross. “Our new athletic weight room and new athletic team room will make the experience of our athletes during their time at Cedarville remarkable.”

According to Cross, the team room was originally conceived as a place for athletes to review game film but plans now include a space for film and team meetings, a recruiting space, study tables, and gaming areas for recreation. The team room will also be available for department functions such as pre-game receptions.

“The film and meeting area will have enough seating for approximately 33 individuals with a 75-inch TV and two whiteboards for film breakdown and team meetings,” Cross explained. “This area will also be used for discipleship and vision casting as the teams meet with coaches in preparation for their competitions.”

As a recruiting space, the team room should prove pivotal as coaches have a designated area for a relaxed conversation with prospective student-athletes.

“Proverbs 16:9 says, ‘The mind of man plans his way, but the Lord directs his steps',” Cross said. “Our teams will use this area to plan our ways, but we will always rely on the Lord to direct our steps.”

Cedarville men’s soccer coach Brett Faro was especially excited about the new room as a team-building space. “I think it's going to be a really positive place for athletes as well as teams to meet, build into one another as a team or in one-on-one discipleship, and to relax before or after practices.

“Having a designated space where students can spend time with other athletes and where coaches can connect with students outside the practice field or the office will be helpful as we try to build into our students’ lives and ultimately help them grow as followers of Christ.”

Arica Flaugher, a junior first baseman from Delaware, Ohio, with the Yellow Jackets softball team, sees the value of the team room for bonding and for homework during study table hours. She sees a positive effect on recruiting as well.

“As an athlete at Cedarville, we do not have a space reserved for us to unwind and be with one another,” she explained. “Having a team room strictly for athletes of all teams will also unite our athletic teams.

“Our goal at Cedarville is to represent Christ through everything that we do, and this could serve as a great location for Bible study and spiritual growth.”