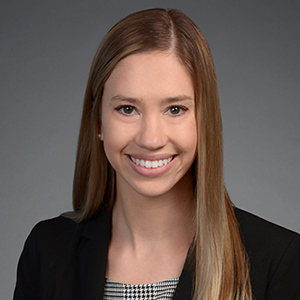 Gay graduated from Cedarville with dual degrees in pre-law and business management. She graduated from the University of Chicago Law School in 2020 and has been serving a clerkship in Atlanta, Georgia, with Britt Grant, United States Court of Appeals Judge for the Eleventh Circuit.

Gay will be serving with Chief Justice Roberts from July through spring 2022.

Her duties will include researching cases, drafting memos on civil or criminal cases that have requested a hearing before the high court, recommending to the chief justice if there’s merit to hearing a case, helping him prepare for oral arguments, and then assisting him with drafting an opinion once a decision is made.

“God is just and is the most just judge of all. My faith made me want to be a lawyer so that I can pursue justice.”

"I’m very excited about this opportunity and absolutely honored,” Gay said. “The chief justice is such a great legal thinker. It’s an honor to serve him and to learn from him.”

Gay is thankful for each step in her journey, from participating on a mock trial team in high school to her choice of Cedarville, then law school, and her clerkship with Judge Grant. And now, next stop, the Supreme Court.

“My mock trial coach in high school made me love the law, and he invested in me,” she shared. “If not for his investment, who knows what career I might have pursued. And then coming to Cedarville and the wonderful professors who poured into me and encouraged me to take the LSAT (Law School Admission Test).”

She was especially grateful for Lt. Gen. (Ret.) Loren Reno, senior advisor to Cedarville president Dr. Thomas White and former vice president for academics, who was her professor for an applied leadership class her final semester of senior year. “He poured into me so much, and I’m so thankful for his guidance,” she said.

“I’m honored, privileged, and blessed that people thought I could do this, poured into me, and gave me the input I needed,” Gay continued. “I know I couldn’t have done it on my own. Being part of a community helped me prepare.”

Reno noted that Gay was always a well-prepared learner in class and someone who was eager to grow in her servant leadership. “She is a very talented, gracious, godly, humble, gentle, serving soul,” Reno noted. “I’m not at all surprised that the chief justice would want to have her as a clerk. For Christina, it’s more about serving others than her own agenda.

“She will serve the chief justice well and serve our nation well as she serves him, and I’m sure she will give glory to God. That’s just the kind of young lady she is.”

Her husband, Scott Gay, a 2014 Cedarville alumnus, is also part of the blessings she experienced the last four years. They married just after her graduation in 2017. “He’s a solution architect for a data company startup in the IT field,” she said. “He’s able to work remotely, which has been a huge blessing, so we moved together to Chicago, then Atlanta, and now Washington, D.C.” 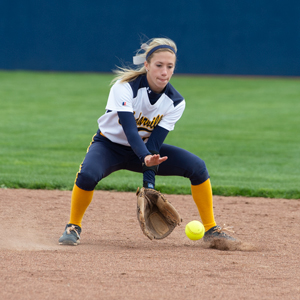 She also credits her three years as a second baseman with Yellow Jacket softball for helping develop her for this next big assignment. “I loved my team at Cedarville,” she said. “That helped prepare me for working with a team.”

As far as the future, she has a couple of ideas, maybe a role where she can employ her love of research and writing, perhaps in litigation. She may join a law firm in Washington, D.C., and continue to grow in her knowledge of the law. Returning to her home state of Indiana and serving there is also on the radar.

Wherever her path may go, Gay is confident because she’s following in the footsteps of the ultimate source of fairness and truth. “God is just and is the most just judge of all,” she said. “My faith made me want to be a lawyer so that I can pursue justice.”

Looks like Christina Kirkpatrick Gay is inspired by an even higher court than the one where she will serve beginning in July.

Located in southwest Ohio, Cedarville University is an accredited, Christ-centered, Baptist institution with an enrollment of 4,550 undergraduate, graduate, and online students in more than 150 areas of study. Founded in 1887, Cedarville is recognized nationally for its authentic Christian community, rigorous academic programs, including its Bachelor of Arts in Pre-Law and Bachelor of Science in Management programs, strong graduation and retention rates, accredited professional and health science offerings, and high student engagement ranking. For more information about the University, visit www.cedarville.edu.