For Mahiro Sano, a recent industrial and innovative design graduate from Cedarville University, her goal in design has always been to serve others. When it came time to finalize her senior capstone project, it was her passion for service that created a unique and heartfelt design. 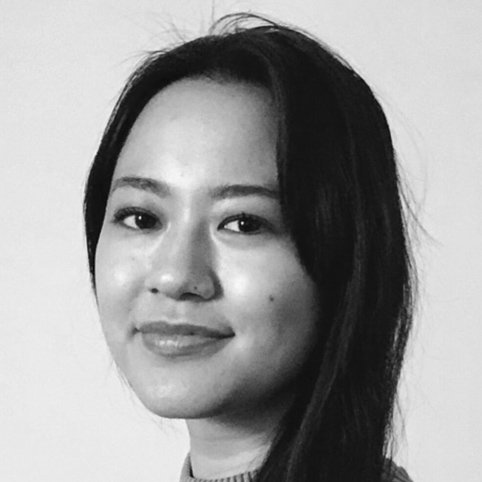 Sano, originally from Japan but now a resident of Brooklyn, New York, was interested in art from a young age, but it was not until college that she considered pursuing a career in design.

“I switched my major 10 times,” Sano said. “I pursued everything from geology to linguistics to international studies before I found industrial and innovative design. I always thought that art was a hobby, something very individual, but design gave me the opportunity to meet others' needs through my skills and interests. Design for me is very others focused.”

In her final year at the International Center for Creativity (ICC), Sano was given 10 weeks to complete a capstone design project of her own choosing. The ICC is a specialized program offered by Cedarville University located in Dublin, Ohio. Cedarville is the only Christian university in the country to offer this degree program.

“I have always wanted to serve refugees in some way,” said Sano. “My freshman year of college I told one of my professors I was going to drop out and go volunteer, but she advised me to pursue a degree that would allow me to support myself and use my career as a vocation. For my capstone, I wanted to find a way to help refugees with the major I chose.”

Sano chose to focus on creating a more sustainable, comfortable and community-centric refugee camp, all portable in one single shipping container. With an emphasis on making camp sites that remained temporary and self-sufficient while preserving a sense of home and culture, Sano spent nearly eight weeks researching: joining Facebook groups to hear from volunteers in Lebanon, connecting with refugees and examining innovative and sustainable materials like paper logs and “Liters of Light” (a cheap and efficient solar lighting system using repurposed water bottles).

Central to Sano’s project was finding an energy source that would allow the camp to remain self-sufficient and temporary.

“I have always been interested in alternative energy sources, but none felt like a perfect solution. I needed something cheap, sustainable and transportable. I wanted something that would empower refugee camps to be self-sufficient while having little to no environmental impact.”

“Most biodigesters are huge and permanent and take years of planning to build,” said Sano. “Some people told me it was not a feasible option, but I had a vision for the camp, and I was determined to find a way to make it possible.

During her research, Sano stumbled upon a nonprofit organization called Solar Cities, which focused on making small biodigesters as part of humanitarian efforts. After reaching out to the group through Facebook, Sano connected with Janice Kelsey, the cofounder and vice president of the organization. Through the project, not only did Kelsey advise Sano on the biogas technology, but also encouraged her to submit her design to several refugee organizations. In addition, Sano’s design was passed directly to contacts of Kelsey’s in Jordan who are interested in implementing sustainable energy sources in current refugee camps.

“Knowing that this project could make an actual impact is the whole reason I started design,” said Sano.

For Sano, the project not only offered an opportunity to work with research and architecture but also allowed her to pursue something she felt a personal connection to. Sano was born in Japan but moved to Slovakia when she was seven years old. After completing her primary school years at an international school, she moved back to Japan where she was part of several different communities in Japan until leaving for Cedarville University when she was 18.

“I think that meeting so many different kinds of people as a child is what gave me a genuine curiosity for people and different cultures, which is what drew me to design in the first place,” said Sano. “Through that I learned that community is bigger than a location. It forced me to think about what it means to have a home, which was the question at the center of this project.”

Her unique perspective, alongside countless interviews with those working with Syrian refugees, gave Sano not only a better understanding of their practical needs, but also their emotional ones. Throughout her design, Sano incorporated elements of Syrian culture, including community spaces, rugs for traditional dining, large communal kitchens and a separate room for the women to gather. In addition, Sano used a revolutionary circular design centered on a large community tent rather than the traditional row design utilized at most refugee camps.

“I wanted to retain a sense of community and cultural identity in my camp design,” said Sano. “My goal through industrial design is always to understand the needs of people the best I can in order to help solve them.”

Located in southwest Ohio, Cedarville University is an accredited, Christ-centered, Baptist institution with an enrollment of 5,082 undergraduate, graduate, and dual-enrolled high school students in more than 175 areas of study. Founded in 1887, Cedarville is one of the largest private universities in Ohio, recognized nationally for its authentic Christian community, rigorous academic programs, including the bachelor of industrial and innovative design, high graduation and retention rates, accredited professional and health science offerings, and the #4 national ranking by the Wall Street Journal for student engagement. For more information about the University, visit cedarville.edu.