Dr. Ward began working at Cedarville University in 2018. He previously worked for 13 years as an Associate Professor in Malaysia at Heriot-Watt University, the University of Malaya, and the Universiti Teknologi MARA. At Heriot-Watt University, he also served as an elected Senator, the Associate Dean (Engineering and Science), and the Associate Director of Research (for the School of Engineering and Physical Sciences). He published an international text book titled Aerospace Propulsion Systems with John Wiley and Sons, Inc. in 2010. He has also led research as principal investigator on biomimetic micro air vehicles and hydrogen fuel cell propulsion systems for both unmanned aircraft and small ground vehicles. Other research areas of interest are: endothermic jet fuels and renewable energy sources. He has published numerous indexed journal and conference papers on these topics. Prior to becoming a university professor, Dr. Ward worked for 18 years as an aerospace engineer (civilian) with the U.S. Air Force at Wright-Patterson Air Force Base. While with the U.S. Air Force, Dr. Ward was selected to serve for nearly five years as an integrated exchange engineer (serving in London, England) with the United Kingdom Ministry of Defence. 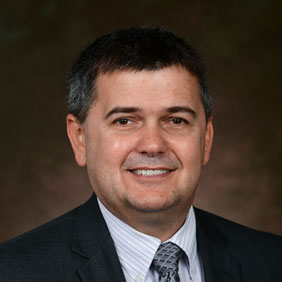