Dr. Donald L. Deardorff II joined the Cedarville University faculty in 1996 and was granted tenure and promotion in 2002. He teaches courses in American literature and criticism and oversees the Senior Seminar in English. He has published several articles on literature and men's studies and is a frequent presenter at meetings of the American Literature Association, the American Culture Association, and the Conference on Christianity and Literature. His books include Sports: A Reference Guide and Critical Commentary (2000), The Hero and Anti-Hero in the American Football Novel: Changing Conceptions of Masculinity From The Nineteenth Century to the Twenty-First Century (2006), The Image of God in the Human Body: Essays on Christianity and Sports (2009), and Bruce Springsteen: American Poet and Prophet (2014). He is currently working on a memoir. He plays ice hockey, and he and his wife particularly enjoy having students over to their house. They are mentors in Cedarville's Fit to Be Tied Program. 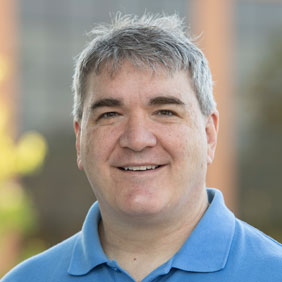