The Foreign Film Series provides the Cedarville community an opportunity to view interesting and challenging films from around the world. The series allows viewers to peer into often unfamiliar cultures through the eyes of the cultures themselves. 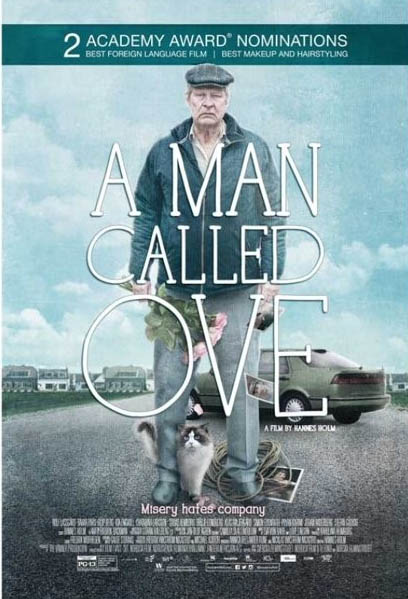 Stepping from the pages of Fredrik Backman's international best-selling novel, Ove is the quintessential angry old man next door. An isolated retiree with strict principles and a short fuse, he spends his days enforcing block association rules that only he cares about, and visiting his wife's grave. Ove has given up on life. Enter a boisterous young family next door who accidentally flattens Ove's mailbox while moving in, earning his special brand of ire. Yet from this inauspicious beginning an unlikely friendship forms, and Ove's past happiness and heartbreaks come to light. What emerges is a heartwarming tale of unreliable first impressions and the gentle reminder that life is sweeter when it's shared.

“Lassgard won't let you off easy: A scene in which Ove weeps hopelessly before the magnitude of his loneliness will bring tears to the eyes of anyone who has suffered a loss.” –Peter Keough, Boston Globe

“Holm tweaks expectations with the way he presents the material, and his grip on the film's tricky, tragicomic tone is masterful.” –Odie Henderson, RogerEbert.com

“It's a heartwarming tale about a stubborn, short-tempered man with steadfast beliefs, strict routines and the feeling that everyone around him is an idiot - and no reticence about telling them so.” –Alissa Simon, Variety

“Ove is developed as a true to life character, one with many flaws, ranging from hilarious to appalling, but with endearing human qualities as well.” –Monica Reid, Far Out Magazine 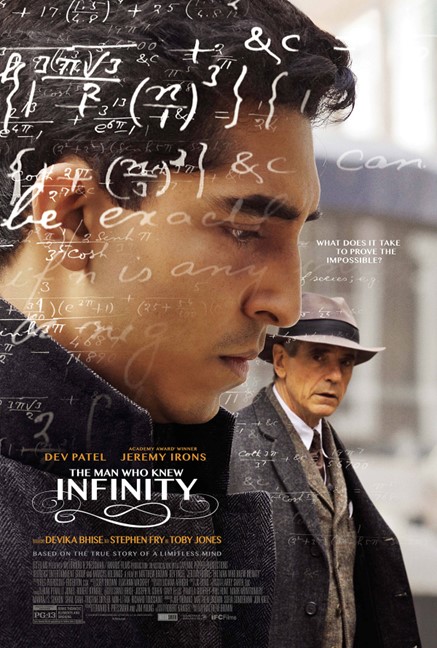 The Man Who Knew Infinity

The Man Who Knew Infinity is the true story of friendship that forever changed mathematics. In 1913, Srinivasa Ramanujan (Dev Patel), a self-taught Indian mathematics genius, traveled to Trinity College, Cambridge, where over the course of five years, forged a bond with his mentor, the brilliant and eccentric professor, G.H. Hardy (Jeremy Irons), and fought against prejudice to reveal his mathematic genius to the world. This is Ramanujan's story as seen through Hardy's eyes.

“The multiplexes are full of films that promise little more than a forgettable good time. "The Man Who Knew Infinity" is just as entertaining, but far more substantial.” –Calvin Wilson, St. Louis Post-Dispatch

“The Man Who Knew Infinity stands on its own merit, thanks in great measure to Patel and Irons, who give us two engaging characters.” –Miriam Di Nunzio

“Its craft is evident, its sincerity is admirable, and it's the kind of movie about which you can say, "There's not a hair out of place," and mean it.” –Rex Reed, Observer

“At last, a film even mathematicians can love! How long have we waited for a decent telling of the story of the self-taught Indian genius, Srinivasa Ramanujan, who was to mathematics as Charlie Parker was to music. . . . “ –Paul Byrnes, Sydney Morning Herald

“This is the very definition of the kind of movie people complain that "they" don't make anymore: a modestly budgeted, character-driven drama for adults that doesn't insult the viewer's intelligence or lean on shock value.” –Katie Rife, AV Club

“The movie works. It tells an important story and it does make a meal out of the subject.” –Rachit Gupta, Filmfar 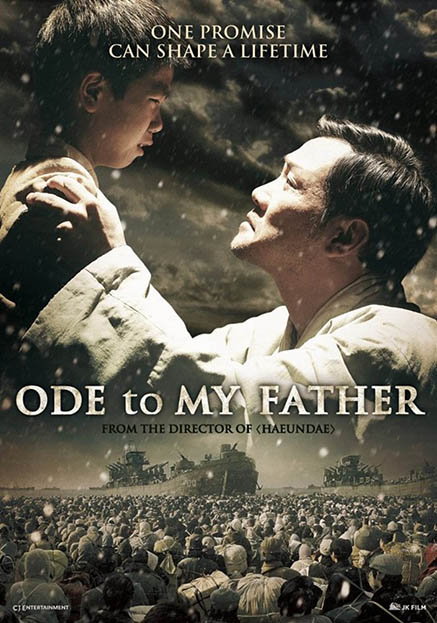 Ode to My Father

Amid the chaos of refugees fleeing the Korean War in December 1950, a young boy, Duk-soo, sees his fate change in the blink of an eye when he loses track of his younger sister and he leaves his father behind to find her. Settling in Busan, Duk-soo devotes himself to his remaining family, working all manner of odd jobs to support them in place of his father. His dedication leads him first to the deadly coal mines of Germany, where he meets his first love, Youngja, and then to war-torn Vietnam in this generational epic about one man's personal sacrifices.

“Tugging shamelessly yet persuasively on the heartstrings, "Ode to My Father" is an epic South Korean melodrama capturing more than half a century of recent history through the eyes of an everyman shopkeeper.” –Michael Rechtschaffen, Los Angeles Times

“Hwang is excellent in his portrayal of the selfless everyday man.” –Tan Kee Yun

“Heartwarming, brilliantly acted and unexpectedly funny, Ode to My Father is an epic odyssey through Korean history that feels so personal, it is impossible not to be engrossed in the emotion of the story.” –Diva Velez, TheDivaReview.com