Dr. Pan originally is from China, where I learned the Gospel and became a Christian. Before joining the faculty at Cedarville University in 2011, Dr. Pan completed postdoc work and taught introductory physics at Michigan Technological University. Dr. Pan teaches introductory and core physics courses at Cedarville. Her research interest is in computational atomic physics, where she studies electronic structure and properties of transition metal and rare earth elements.

Interests: Hiking in the woods, watching movies, and baking

Why Cedarville: I have a long story about how I came to Cedarville. To make it short, it was God who has led me all the way here. I liked and still like Cedarville because of its commitment to the Gospel and God's Word. This is a campus where Christians are serious with God's Word and strive to live out what they believe. 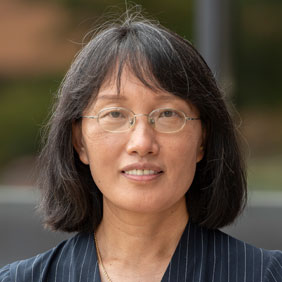