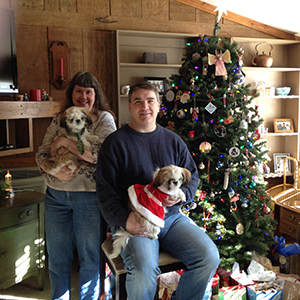 Every major has its weed-out class. For English students, it’s Literary Analysis. Dr. Donald Deardorff, teacher of the class for many years, recognized his students’ trepidation and opened each session by posing the simple but honest question, “How are you doing today?” to each student in turn, engaging each answer with personal care.

In a class with the reputation of making students question their major, Dr. Deardorff articulated and affirmed its value. Through his teaching, he sought to make his students better thinkers and writers and, more importantly, better conveyers of truth within their cultural context.

Dr. Deardorff, professor of English, passed away unexpectedly on Friday, Oct. 22, from a heart-related condition.

“He did a lot for Cedarville by bringing real integrity and rigor to the English department. He was very intelligent, but he didn’t have to be the smartest person in the room. He was kind, generous, curious, and humble.”

His colleagues and students remember him as a kind-hearted man dedicated to his faith and craft, and as a faculty member full of grace.

The quality and demeanor of Dr. Deardorff’s instruction on topics ranging from historical literary criticism to social justice openly displayed his investment in his students. Dr. Deardorff’s gentleness tempered his classes’ academic rigor, making him a beloved professor, mentor, and friend to hundreds of students.

Dr. Deardorff’s ELML colleagues viewed him as a cornerstone of the English department. They also cherish the memory of his personal friendship.

“He did a lot for Cedarville by bringing real integrity and rigor to the English department,” said Dr. Michelle Wood, professor of English. “He was very intelligent, but he didn’t have to be the smartest person in the room. He was kind, generous, curious, and humble.”

Professor Daniel Clark, associate professor of English since 1999, recounted when Dr. Deardorff, hearing that professor Clark was trying to sell a car, promptly connected him with a struggling student who needed a vehicle. Dr. Deardorff refused Clark’s discounted prices, and though it is unknown how much he contributed to the purchase, his student drove away with the car. As Clark bluntly summarized, “Deardorff never gave himself airs. He just did stuff.”

As one of the many students who loved and aspired to be like Dr. Deardorff, I will dearly miss him as a mentor and friend. However, I remain grateful to have experienced his infectious love for God that affected his words and actions in and out of the classroom, such as his gracious honesty about mental health challenges. In Literary Analysis, I learned to write well and to love the craft. In three of his other classes, I learned to critically read and write as an ambassador of truth to help the hurting.

Only heaven could keep Dr. Deardorff from emailing his students back in a matter of minutes in characteristic blue font, any time of day or night. Endearing, pastoral, and unforgettably insightful, Dr. Deardorff left a beautiful mark on all of us who initially stepped cautiously into his classroom. In the words of his colleague and dear friend Dr. Kevin Heath, “For Deardorff, school is finally let out.”

Dr. Deardorff’s family is inviting friends to join them for a memorial service in his honor at 11 a.m. on Saturday, November 6, at Dayton Avenue Baptist Church, 1121 Dayton Ave., Xenia, Ohio. A visitation will precede the service from 9:30-11 a.m.

Both the ELML department, including its staff and students, and the Centennial Library’s faculty and staff are taking steps to surround Dr. Deardorff’s wife, Julie, director of library collection services, and his sister-in-law, Becky Dufresne, associate registrar, with care and love. In his honor, Cedarville University is receiving donations for the “Deardorff Memorial Scholarship” for English majors.

Located in southwest Ohio, Cedarville University is an accredited, Christ-centered, Baptist institution with an enrollment of 4,715 undergraduate, graduate, and online students in more than 150 areas of study. Founded in 1887, Cedarville is one of the largest private universities in Ohio, recognized nationally for its authentic Christian community, rigorous academic programs, including its Department of English, Literature, and Modern Languages, strong graduation and retention rates, accredited professional and health science offerings, and high student engagement ranking. For more information about the University, visit cedarville.edu.