Cyber Team is Best in Ohio 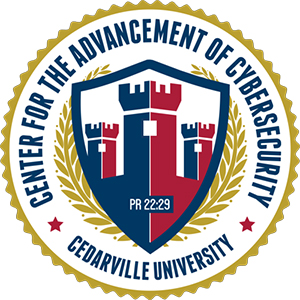 “We all love learning more about cybersecurity — mainly cyber defense — and practicing our skills,” she said. “We meet weekly to practice our skills for whatever competition is coming up next.”

The cyber defense team, captained by senior Aaron Campbell from Overland Park, Kansas, has competed at several events throughout the year, including the National Cyber League and Hack the Port ’22 in Fort Lauderdale, Florida.

For this competition, held virtually on February 26, students were given a network infrastructure for a fictitious company. This network was already compromised with weak security and even malware, and their job was to protect and secure their network against the “Red Team,” a group of professionals.

“Winning the state has always been our goal and to finally do it this year with this group was really special."-Seth Hamman

“The Red Team will do things to attack our machines, make our services go down and just kind of wreak havoc. We have to prevent them from doing that, catch them and kick them out,” said Dr. Seth Hamman, associate professor of cyber operations and computer science and coach of the cyber defense team. “It's a live competition where there’s attack and defense going on in real time.”

As they work to secure and protect their network, students also had to answer intermittent questions called “injects” from the judges. “Injects are basically little questions they ask us to solve a certain issue or provide the judges with a listing of various things on each machine,” said Chairvolotti. “Our overall goals are to keep the required services up and respond to the judges with any information that they require.”

This was Cedarville’s fifth year competing at the state level, but its first top finish. Cedarville finally broke through against one of the top competitors, Baldwin-Wallace University in Berea, Ohio, which has earned multiple state championships.

As the winning team for Ohio, Cedarville received an automatic berth to the Midwest Regionals on March 18-19. Cedarville was one of 10 teams competing but did not place in the top three.

“We had five seniors on the team that have been very active in our cyber program the past four years and have helped to create a fun and positive culture,” noted Hamman. “Winning the state has always been our goal and to finally do it this year with this group was really special. The team held weekly practices, and some even trained on the technologies in the summer and over Christmas break.

“I am so proud of the way they prepared and competed. Their hard work paid off.”

Located in southwest Ohio, Cedarville University is an accredited, Christ-centered, Baptist institution with an enrollment of 4,715 undergraduate, graduate, and online students in more than 150 areas of study. Founded in 1887, Cedarville is recognized nationally for its authentic Christian community, rigorous academic programs, including its Bachelor of Science in Cyber Operations and Bachelor of Science in Computer Science, strong graduation, and retention rates, accredited professional and health science offerings, and high student engagement ranking. For more information about the University, visit www.cedarville.edu.