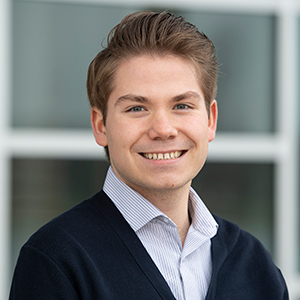 "They represented Cedarville University in a Christ-like manner, with some students sharing the gospel with their colleagues after the committee sessions and even in the airport on the way home.”

“This team endured several challenges this season including COVID-19 interruptions, canceled practice competitions due to inclement weather and sickness, among others,” said Dr. Glen Duerr, associate professor of international studies and coach to the team. “Yet, they continued to work hard and finished the season well. They represented Cedarville University in a Christ-like manner, with some students sharing the gospel with their colleagues after the committee sessions and even in the airport on the way home.”

The event consisted of four days of simulated international negotiation. Students received a background guide prior to the competition, which they used to work with others to set a topic agenda, solve diplomatic problems, and write papers.

Located in southwest Ohio, Cedarville University is an accredited, Christ-centered, Baptist institution with an enrollment of 4,715 undergraduate, graduate, and online students in more than 150 areas of study. Founded in 1887, Cedarville is one of the largest private universities in Ohio, recognized nationally for its authentic Christian community, rigorous academic programs, including the Bachelor of Arts in international studies, strong graduation and retention rates, accredited professional and health science offerings, and high student engagement ranking. For more information about the University, visit cedarville.edu.