Dr. Glen Duerr was born in the United Kingdom, moved to Canada as a teenager, and then to the United States to obtain his Ph.D. His teaching and research interests include nationalism and secession, political violence (nuclear weapons and terrorism), and Christianity and politics. Dr. Duerr is the editor of Secessionism and Terrorism (Routledge, 2018) and author of Secessionism and the European Union (Lexington Books, 2015); his forthcoming book, Patriotism and the Cross, will be published by Resource Publications in 2020. He serves as Policy Fellow for the Wallace Institute for Arctic Security, which advocates for a robust U.S. policy for the Arctic. In addition to his academic duties, he is an "elected official" and currently serves as City Council Member in Beavercreek, Ohio.

President Biden and the U.S.'s Return to the World Stage

For better or for worse, the United States will be taking a different approach to the world stage under the Biden Administration. Dr. Glen Duerr talks with Sharon Bowes about this course of action on NewsPoint360. 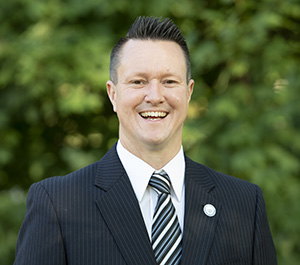