To celebrate Constitution Day, Dr. Kevin Sims from the Department of History and Government, did a talk on "The Constitutional Convention: What Were They Thinking?" This event took place on Thursday, September 16, 2021, at 7 p.m. via Zoom.

In celebration of Constitution Day, Dr. Kevin Sims from the Department of History and Government, led a discussion on "The Preamble to the Constitution: What it Means for Americans Today". This event took place on Thursday, September 17 at 7:00 pm via Zoom.

Listen to the audio »

Cedarville’s Center for Political Studies has invited Dr. Keith Gaddie to present his lecture on “Gerrymandering: From Jefferson to Madison To Annapolis” in celebration of Constitution Day. This event will be held in BTS 104 from 7:00 – 9:00 pm. Dr. Gaddie is President’s Associates Presidential Professor of Political Science, Architecture, and Journalism and Executive Faculty Fellow at the University of Oklahoma. He is also the senior fellow of Headington College, a coeditor of a social science journal and author of several works including “Triumph of Voting Rights In the South” (2009), “Rise and Fall of the Voting Rights Act” (2016). His textbook with Thomas Dye, Politics in America, is in its 12th edition, and his text with Chuck Bullock, “Georgia Politics in a State of Change”, is in its 3rd edition.

Cedarville and its Center for Political Studies welcomed Jonah Goldberg, Senior Editor of the National Review, Fox News contributor, and best-selling author, to the Dixon Ministry Center Recital Hall to celebrate Constitution Day. Goldberg lectured and hosted a book signing on his newly released book Suicide of the West: How the Rebirth of Nationalism, Populism, and Identity Politics is Destroying American Democracy. 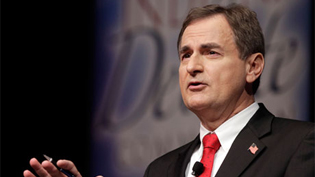 Media from Past Events 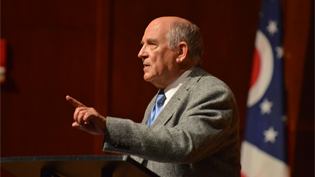