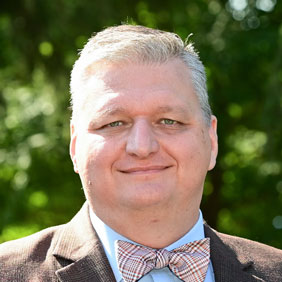 Dr. Smith serves as Associate Professor of Political Science and the Director of the Center for Political Studies at Cedarville University. He teaches courses in American Politics, Constitutional Law, and Research Methodology/Data Analysis. Dr. Smith has authored numerous refereed journal articles, book chapters, and other publications. His primary research interest is in the field of religion and American politics. He received his B.A. in history from Bryan College (1992), an M.A. in the history of Christianity from Trinity Evangelical Divinity School (1995), and an M.A. (1997) and Ph.D. (2001) in political science from the University of Georgia. Before arriving at Cedarville in 2004, Dr. Smith taught at Tulane University and Calvin College. 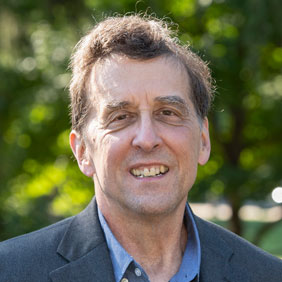 Dr. Clauson, Professor of History and Law, received his M.A. in political science from Marshall University, Juris Doctorate from West Virginia University, M.A. from Liberty University in Christian thought (early and patristic), M.Th. from Liberty University (Reformation and post-reformation history of theology), and Ph.D. in Modern European Intellectual History and Church History from the Universiteit van die Vrystaat, Bloemfontein, South Africa. In addition, Dr. Clauson also completed doctoral work in economic theory at West Virginia University and in modern European intellectual history from the University of Kentucky. He anticipates beginning work on a graduate diploma in political theory from the London School of Economics.

His published works include A Study of Scottish Hermeneutical Method from John Knox to the Early Twentieth Century: From Christian to Secular (Edwin Mellen Press, 2004) and A History of the Idea of God’s Law (Theonomy): Its Origins, Development and Place in Political and Legal Thought (Edwin Mellen Press, 2006). With Dr. Mark Smith and Dr. Tom Mach, he is working on a new book entitled Meandering to Zion: The Political Thought of the Christian Left.