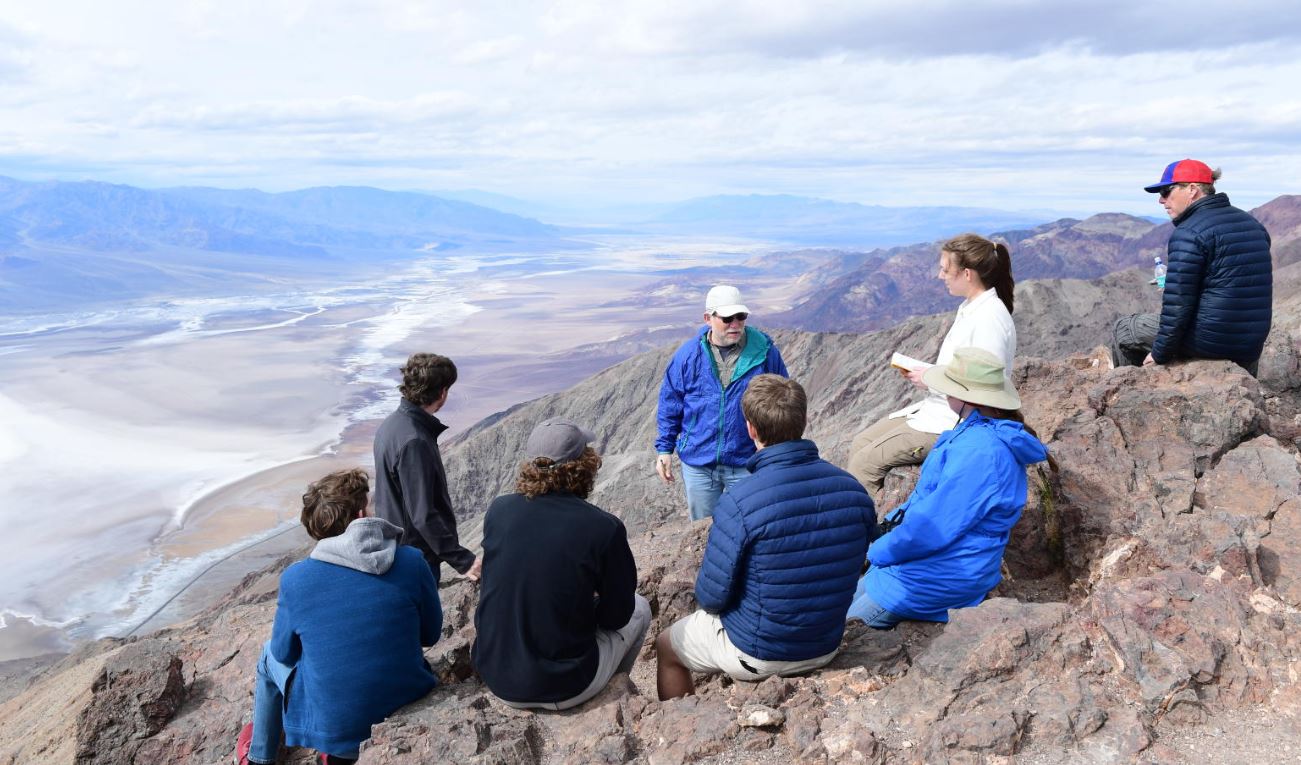 Cedarville University geology professor Dr. John Whitmore is considered a leading scientist in the creation science community. He was part of the production of an important documentary that highlights historical evidence for Noah’s Flood. In Mountains After the Floods, which will premiere in early 2023, Dr. Whitmore discusses his research on fossil fish records recovered from post-Flood basins in Wyoming that formed as a result of rising mountains in the waning stages of the Flood. He was also featured in the 2017 documentary Is Genesis History?

Dr. Whitmore is best known for his important work on the Coconino Sandstone, a well-known rock layer of the Grand Canyon. It is the light beige colored sandstone that is often seen higher in the canyon walls.

Conventional scientists have long considered this sandstone layer to be an example of an ancient desert filled with sand dunes. The technical term is eolian, or wind-blown, sandstone.

Through years of close examination, Dr. Whitmore has provided significant evidence against this view. Instead, he argues the Coconino should be interpreted as a massive underwater sand deposit, or marine sandstone. In other words, the Coconino provides impressive evidence for a global flood.

While Dr. Whitmore was in the Grand Canyon in 2017, he had the opportunity to stop at a number of places where he could demonstrate these unique aspects of the Coconino sandstone. The following evidences provide reasonable support for rethinking the origin of this famous beige-colored formation.

If you or someone you know is interested in studying geology at the undergraduate level, Dr. Whitmore leads Cedarville University's biblically faithful Bachelor of Science in geology degree.

Visit our computer help pages blog for an extensive list of help for Word, Excel, Powerpoint, and others!