Scholars and Shepherds: Professors Serve in the Pulpit 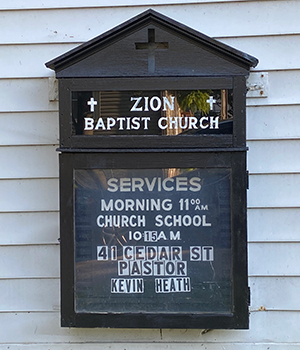 “When the former pastor retired, I felt the call to help,” said Heath, a professor of English at Cedarville University. “It’s my act of service for the church. Others in the congregation make equally valuable contributions. This happens to be mine.”

In giving back to the surrounding community as a spiritual leader, Heath is not alone. Other university professors regularly fill church pulpits by serving as full-time pastors or preaching elders, or by handling preaching roles for churches on a short-term basis.

Dr. John Tarwater, associate professor of finance, is a teaching elder at Grace Baptist Church in Cedarville. As part of a six-member preaching team, he typically preaches once a month.

“I want my students to see that what I do at the university is shaped by what I do in church ministry." 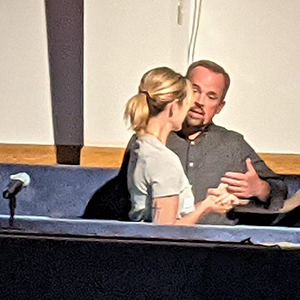 Drawing on the example of the apostle Paul, Tarwater feels compelled to preach the gospel, although his vocation is higher education. “Early in Paul’s career, his full-time job was making tents, but he still evangelized at every opportunity,” Tarwater said. “Only later could he devote himself to ministry full time.”Tarwater isn’t just a professor who preaches on Sundays; he also leads an adult Bible fellowship and teaches a weekly small group.

“I want my students to see that what I do at the university is shaped by what I do in church ministry,” Tarwater said. “I don’t compartmentalize my life into university and church.”

“This is one local church sharing a resource – in this case, a preacher – with a congregation that lacks it. It builds unity among churches by showing mutual care.”

Lee sees his interim pastoral role as consisting of three elements: encouragement through the Bible for a congregation that might be discouraged, stabilizing the congregation’s ministries, and facilitating the transition to a full-time pastor.

In this role, Lee hopes to build unity among area churches. “This is one local church sharing a resource – in this case, a preacher – with a congregation that lacks it. It builds unity among churches by showing mutual care.”

Serving in local churches doesn’t need to be a long-term commitment. Dr. Mark Caleb Smith, professor of political science, often fills in short-term at churches whose pastor is ill, on vacation, or on sabbatical.

“It’s very rewarding,” Smith said. “The congregants are grateful that I’m filling in and appreciative because they know it’s unusual for me.”

Smith finds appropriate ways to blend his professional expertise with his sermon. “I’ll often preach on religion and politics because the Bible speaks on government without advocating a certain political position. I enjoy this because I can talk about things their pastor can’t. I am not seeking to be controversial, but I take the opportunity to talk about hard topics.”

“A history major asked me to do premarital counseling for her and her fiancé,” Sims said. “I initially said no, but she persisted. Then Cheryl, my wife, said that this might be the ministry God wants me to do with college students. So, I began. It’s one of the most rewarding things I’ve ever done.”

“At the end of the counseling course, she asked me to officiate her wedding. I said I would, so I jumped through all the hoops to become a licensed officiant.”

Since then, Sims has officiated four more weddings.

Regardless of the capacity in which they serve, whether full-time pastor, interim pastor, short-term fill-in, or wedding officiant, Cedarville professors reiterate the message they hope to instill in their listeners: gospel first, all else second.

“I hope I can inspire us to pick up our cross and follow Jesus,” Heath concluded. “I preach the message to love our enemies, give to those who ask, be kind to the ungrateful, and be merciful as our Father is merciful.”