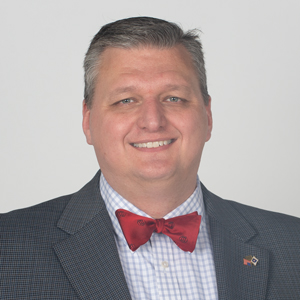 As the U.S. Supreme Court considers a Mississippi ruling with extensive implications for abortion rights, Cedarville University seeks to add a biblical perspective to the mix.

The department of history and government at Cedarville presented “Beyond Roe v. Wade?” this spring. The series will feature a lecture and two panel discussions on the status and direction of Roe v. Wade, the 1973 U.S. Supreme Court ruling that deemed a woman’s right to abortion constitutional.

This series comes in response to the ongoing Dobbs v. Jackson case, which calls into question Mississippi's right to ban abortions, in most cases, after 15 weeks of gestational age. Experts believe this ban will not be ruled unconstitutional, potentially undoing the work of Roe v. Wade.

“We hope to engage this political issue in a way that reflects the love of Christ."

"We felt the community could use a discussion of how we got here,” said Dr. Mark Smith, chair of the department of history and government and director of the Center for Political Studies. “It could be a significant cultural event. If that’s the case, then we need to ask how we, as Christians, should live out our faith, deal with this issue and still try to minister to people at the same time.”

The series will precede a summertime decision for the Dobbs v. Jackson case.

“I hope we give people some tools for cultural engagement,” Smith continued. “We’ll explore how we should carry our Christian engagements into a conflict like this.”

The first session, “A Historical Perspective and Faith Response,” breaks down the history and cultural impact of Roe v. Wade, along with potential directions the Supreme Court could take.

Session two, “Christian Citizenship at a Crossroad,” features a panel discussion on how Christians, as both earthly and heavenly citizens, fit into a culture with conflicting viewpoints on abortion.

The final session, “Caring for Women Facing a Crisis or Unwanted Pregnancy,” moderated by Janice Supplee, vice president for marketing and communications, is an all-female panel offering their perspectives on how to minister to women facing a crisis pregnancy. Panelists include Tara Winter, disability services manager; Amanda Minor, assistant professor of nursing; and Kathleen Shanks, executive director at New Path Pregnancy Resource Centers.

“We hope to engage this political issue in a way that reflects the love of Christ,” said Smith. “Being a good witness to others, especially when entering a difficult topic of conversation, gives us an opportunity to help others want to learn more.”

Located in southwest Ohio, Cedarville University is an accredited, Christ-centered, Baptist institution with an enrollment of 4,715 undergraduate, graduate, and online students in more than 150 areas of study. Founded in 1887, Cedarville is one of the largest private universities in Ohio, recognized nationally for its authentic Christian community, rigorous academic programs, including the Bachelor of Arts in History, strong graduation and retention rates, accredited professional and health science offerings, and high student engagement ranking. For more information about the University, visit cedarville.edu.