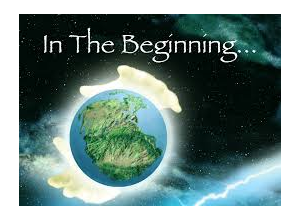 When it comes to their science departments, most Christian universities and colleges either ignore the issue of creation and Genesis altogether, or they promote theistic evolution or some other harmonization of Genesis. There are only a handful of schools that believe that Genesis is historically accurate and forms a foundation for science, the Bible, and Christian education. In today's post, Dr. John Whitmore, Professor of Geology at Cedarville University, shares four reasons why Cedarville holds true to a biblical, literal six-day Creation, and why we always will.

At Cedarville, we incorporate Scripture into every academic program; it is the foundation for everything we do here.

At Cedarville, we incorporate Scripture into every academic program; it is the foundation for everything we do here. Nowhere is that more true than how we teach Creation.

So, why is it important for a Christian college to teach Creation? Consider the following:

John H. Whitmore is a Professor of Geology in Cedarville University's Department of Science and Mathematics. He earned his Ph.D. in biology with a paleontology emphasis from Loma Linda University. He speaks internationally on the topics of Creation, geology, and Noah’s Flood.